Attracting the right brand partnership will be crucial if W Series wants to cement its status as the home of female motor racing as the tournament gears up for its second season. 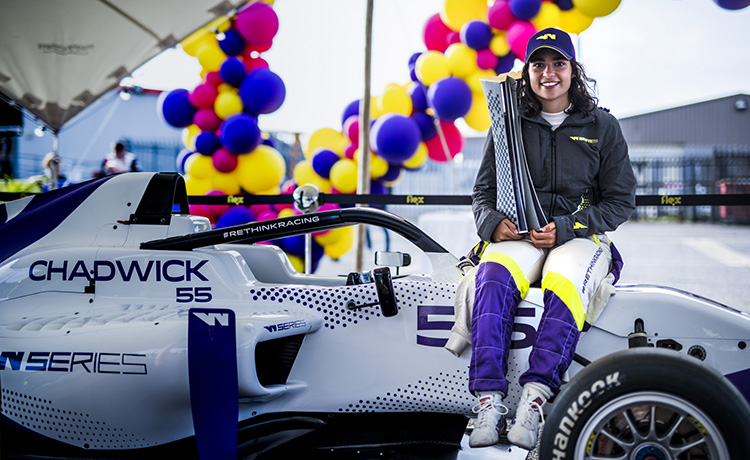 W Series is on a mission to change the face of motorsport. The all-female motor-racing competition, which wrapped up its debut season in August, comprised six half-hour races held at fabled European circuits from Hockenheim in Germany to the UK’s Brands Hatch.

Zippy, frantic affairs, dominated by the nose-to-tail racing and overtaking that has beyond something of a rarity in Formula 1, the inaugural tournament was won by 21-year-old British driver Jamie Chadwick.

Broadcast deals with the likes Channel 4, NBC and Fox Sports Asia have provided a valuable launchpad for the first season, which W Series marketing director, Nic Fletcher, describes as a big success.

“Channel 4 has been a fantastic partner,” says Fletcher. “For us to have that platform in the UK market to show free-to-air races has been incredible. And in territories where there’s no live broadcast, we stream the races on social.”

The aim is to engage a younger audience than motorsport traditionally attracts, with a focus on 16-30-year-olds. There are few, if any, barriers to the drivers, most of whom are happy to share experiences on social and engage with fans.

The Hard Truth about Marketing
How to Find Your Passion and Discover Work You Love (Hint: You Won’t Learn THIS in School)
How to Advertise on YouTube
eCommerce Marketing tips – 7 Tips for a Better Product Page | Marketing 360
Wix vs WordPress vs Squarespace Which One is The Best For SEO